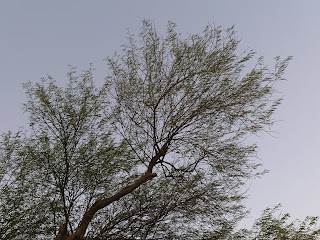 It has been an inconvenient year.
2020 will go down in history as that year when that which is normal and expected seemed abhorrent. The simple act of meeting and greeting was replaced with keeping a distance, and the inconvenience caused was considered vital for our health and safety.
It was a year when we embraced inconvenience as part of our life, and didn't think of it as odd that we would go out of our way to be apart and regard it as necessary.
The inconvenience to daily living, to business, to work, and life in general seemed to be part of our survival package, and because of it, we began living by these new codes that somehow 'normalised' the obvious discomforts.
There were other inconveniences, too.
The reality of the virus had a deadly impact on our lives, and many of us suffered from it, or know someone who has, and while others faced the tragedy of losing loved ones. The normality of life implies having those we love to be around, and yet the virus robbed many of these simple joys of life.
For youngsters who just finished high school, there was no chance of just chilling or hanging around because that was considered deadly. Many were forced to stay cooped up at home and maintain contact with their friends using Zoom or WhatsApp or FaceTime or whatever.  For them, this loss can never be replaced and the inconvenience they felt will linger throughout their lives because they will never regain the carefree time one experiences just after finishing their exams.
Many who got engaged or married or gave birth or achieved significant milestones had to do it all alone, or with a select few. There was no opportunity to celebrate with community because doing so would be putting everyone in harm's way.
For those who find  joy in connecting with people through face to face interactions had to make adjustments, and learn the hard way that there are other ways to communicate and not just one they are comfortable with.
Let's not even start with those who are single, and/or living alone by themselves. It has been a difficult year for them because there wasn't any opportunity to meet anyone for no reason at all. Many had to live an entire year without even touching anyone - neither for a hug or a handshake or even a kiss! In the years gone by, these would be considered normal forms of greeting, but today would seem rather hazardous when given to strangers or those not in one's bubble.
As much as we are all learning to live with this level of inconvenience to the best of our ability, it is worthwhile to recognise that Christmas has also been a celebration of inconvenience.
It was inconvenient for a virgin to be with child, and Mary must have felt discomfort in being pregnant even before she was married. It must have been inconvenient for Joseph to accept her as his wife even though he knew he wasn't responsible for her pregnancy. It was socially inconvenient for the lowly shepherds to be given the first news of the Messiah's birth, or for that matter, the inconvenience of having the Messiah to be born in a stable and not some elite enclave.  There was also the added inconvenience of the Messiah's family tree to be filled with assorted scandalous characters, or to have him born in the region of the world that was quite the backwaters.
Sometimes the inconvenient does not make sense, but then again, it doesn't have to. We cannot expect to have answers to everything as much as we would like to be comforted by them.
This Christmas season as we live with the inconvenience imposed on us, let us try and look at the bigger picture and simply trust that all this will soon pass.