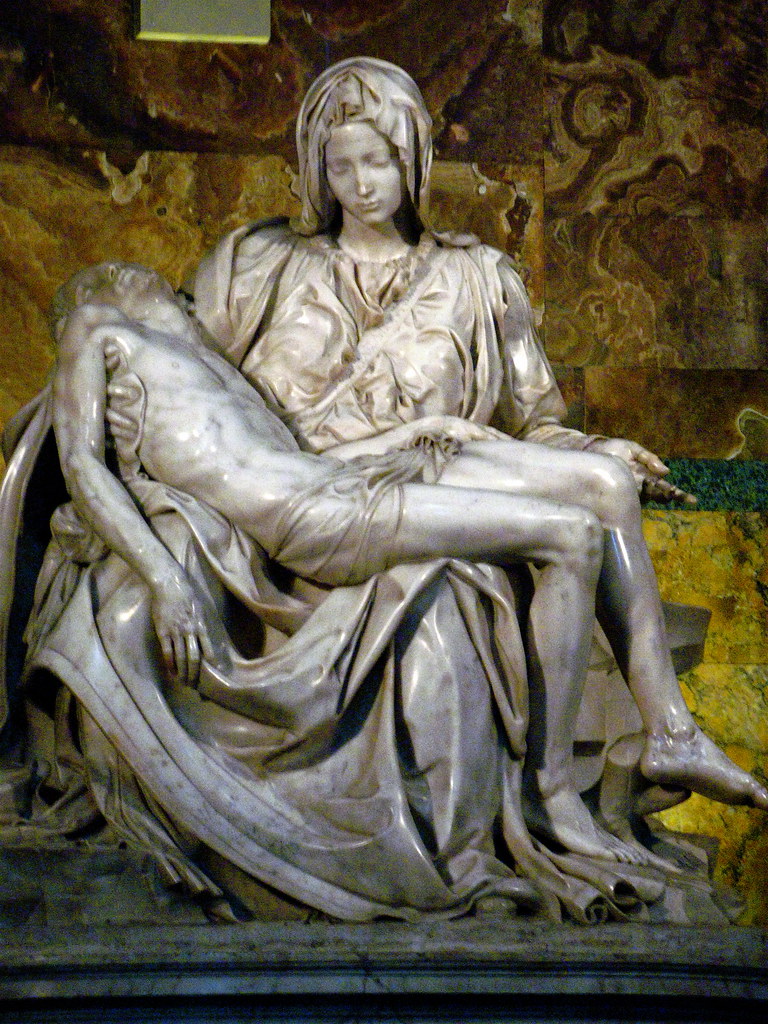 I wonder what would have been Mary's response if the angel Gabriel had told her that the Messiah --whose mother she was going to be -- was to be tortured, hung on a cross and die a cruel death at the hands of the ruling elite.

Would she have demonstrated the same degree of quiet trust that we've read about in the gospel account, or would she have waited for some additional details and shown this trust only after learning about  Christ's resurrection and eventual ascension?

Maybe hearing about Christ's glory would have made it easier to digest the bits about his suffering. Perhaps it would have lessened the pain knowing all of this is temporary.

We have no idea what really went through Mary's mind but I imagine she already had enough on her plate for her to start worrying about the future. She wasn't sure how her fiancé Joseph was going to take this news even though she was fully aware that what was happening to her was a God thing.

Sometimes hearing from God has its limits: he may have spoken to you and you may heard him loud and clear but will others get it the way you do? And when they don't, and accuse you of being delusional, how do you respond to that?

One of the reasons why I like Michaelangelo's La Pieta (pictured here) is because it somehow captures what I imagine must be going through Mary's mind.  There is something purely maternal the way she is cradling Christ's body and gives us a glimpse of how she may have carried Jesus when he was two or three years old.

I am sure there must have been times when she found the idea of being the mother of the Messiah too much... not just in matters of trying to wrap her mind around how this young child will one day be the  Savior of the world, but also, how will all this impact their family life? Will she and Joseph be able to take care of him when the child becomes a Man? If this Child is indeed the Messiah, shouldn't he be the one she must rely on for protection? How will he do that?

He's just a child and yet so much more.

Now after a night of betrayal, torture and crucifixion, the story seemed to have reached a tragic end, and Mary must have wondered what the angel Gabriel meant when he said that the Child will be the Savior. How will he save the world now in this state? He used to drop hints about resurrection in many of his teachings but that would be a miracle... will they experience such a miracle soon?

Mary was familiar with miracles having been the first to experience a virgin birth but that was different because she actually heard from God herself. Now she will have to do what Jesus had been telling his disciples to do, that is, have faith and believe.

As she held the body close to her, all these thoughts may have ceased to matter because now at this point of time, it was just a matter of a mother holding her child even though this mother Mary was fully human while the child Jesus was fully human and fully divine.

Simeon the aged prophet had talked about a sword piercing through Mary's heart and she must have remembered those words as she held him close and grappled with the grief she was going through.  The questions must be pressing hard on her mind - why do I have to face this? Is there no other way I can avoid the sword? Why does God's big plan include such big sorrow and heartbreak? Is there a ray of hope somewhere? How long will this dark night last?

As I look at La Pieta as we approach the Christmas season, I am reminded of its similarity to  cribs that we see in many houses. In the cribs we see an infant lying in a manger while La Pieta shows the Suffering Savior lying on Mary's lap... in the first, he's just a babe with a hint of the Saviour he is going to be in a few years time, and now in the second, he is lying dead but resurrection will be happening soon in a matter of days.

For Mary and for many of us who might be going through difficulties and challenges, it might be hard to fathom that the current situation - however painful - is just a momentary pause and a stepping stone for something beautiful and miraculous.  The present pain may seem too difficult to handle and to realize that this too will pass  may require faith that moves mountains.

And yet, at the end of the day, this is exactly what is required and we soon learn that Advent is more than burning four candles but all about waiting....  waiting for sunrise after a long dark night, waiting for laughter after a period of overwhelming sorrow, waiting for a breakthrough after a lifetime of disappointments, waiting for light after being wrapped in darkness for too long, waiting for a Saviour after living helpless for what seemed forever.

Even so, come Lord Jesus, come.