Children of a bruised reed 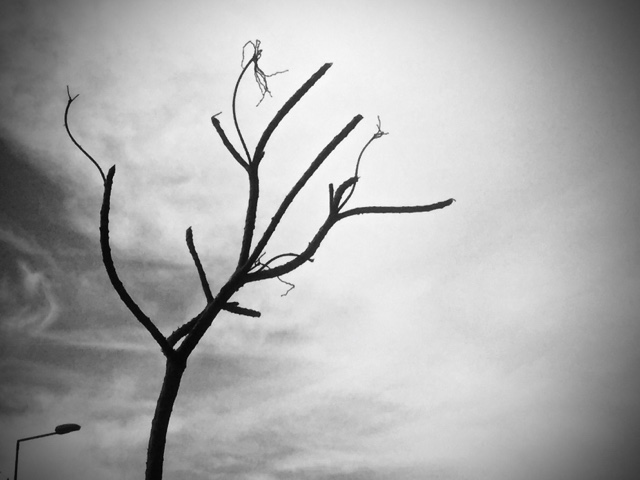 These are not the best of times for people of faith.

It doesn't matter what faith group you are part of or what denominational affiliation you hold. As long as you are a card-carrying member of the 'faith' community, you are somehow immediately labeled as obstinate, stuck-in-the-past, intolerant or as pathologically regressive and unyielding to change.

Somehow no one imagines there can be any redeeming features amongst those of us who believe in some sort of a deity and are members of an organized religion.  It's as if the moment we make a declaration of faith, we are surrendering any claim to reason and compassion and forsaking our capability of making rational choices.

It's rather strange to come across this perception because for many of us the life we live is so unlike what most people from the other side of the fence imagine it to be. Far from being a crutch and some sort of escapism, it is - as a matter of fact - a life that involves doing exactly opposite what our senses yearn. It is certainly not a paradise on earth that we live because the easiest thing to do would be to surrender to the 'ways of the world' but then we don't... not out of some sort of supernatural fear but knowing that the narrow way however hard and torturous is the road to life.

And this is the dilemma that the 'religious' find hard to explain because on the one hand we are apparently living in a cuckoo land as a means of escaping from reality, and then on the other hand we struggle daily to be 'holy' in a world where such spiritual terminologies are fast losing their meaning, relevance and even need. The easiest thing to do would be to renounce this life of a pilgrim and choose the road already taken but we don't do that.

We stay on the road and persevere against all odds in clinging to that which we believe will make us whole. And empower us to be a ‘salt’ and ‘light’ to a world that’s grappling for answers to some of life’s burning questions.

Now it may seem that this kind of constant struggle would somehow make us more endearing and less threatening, and perhaps even elicit some sort of a friendly pat on the back, too. No such thing. Instead, we are seen as troublemakers and - sad to say - we have no one but ourselves to blame.

On the face of it, a desire to love God should make us more godly in the way we talk, in the way we conduct our lives and in the way we approach each and every situation. Our yearning to be holy and our desire to be spiritual should inspire us to live such lives that draw people towards something noble and pure. Sadly, things aren't going in that way.

When the irreligious blame us for being judgmental, intolerant and arrogant they aren't making it up. Some of us can be pretty articulate in expressing our intense dislike for anyone or anything that doesn't toe our line. And am not talking merely about those on the extremist wing that only understand the language of an AK47 in scoring debating points.

I am also talking about those whose Pharisee like approach have made spirituality extremely repulsive not because of what it is but by the way people associated with it have made it out to be.  It’s as if there’s this immense urge to turn piety into a competitive sport rather than an inward journey towards increased humility.

And not to be outdone, there are these countless stories about political posturing by religious bigots, outlandish claims by religious fanatics and tales of abuse committed by those in authority that have only complicated matters even further.

We can't deny that there exists in our midst people who take rather extreme positions that somehow appear to be too ludicrous or terribly cruel, inhumane and merciless… in other words, embarrassing!

It is rather hard to explain or even comprehend how people who claim to be godly appear to be the ones who are pretty loud in denying mercy to those in need. They appear to hold on to their positions with such ruthless obstinacy that any deviation is regarded as downright evil rather than a tireless struggle that everyone goes through anyway.

Now I don't mean to say that those in the faith community should have an open door policy whereby they end up accepting any and everything that goes on. There has to be a line drawn in declaring that which is sinful and ungodly. However, that will be another discussion altogether.

My problem is with inconsistencies that I see amongst those in the faith community - inconsistencies that are painfully apparent to anyone who cares to observe objectively, and ones that are making the irreligious draw incorrect conclusions about our walk with God. But more to the point, it is also drawing people away from God especially those who have a deeper longing to be godly.

This dichotomy between what people say and do, and impose on others is nothing new. Jesus Christ experienced the same problems when He was on earth since the majority of His detractors were the religious fundamentalists of His time. These were people - like the religious fanatics of today - who clung on to the orthodoxy of dogma that applied a rigid social structure of 'us and them,' who evaluated piety by how one dressed or behaved, who insisted in a hierarchical pattern that was sustained by patronage, and who bullied the weak and vulnerable into a lifetime of servitude.

St Augustine famously said, 'do not judge a philosophy by its abuse', and this remains - in my opinion - to be a very important guideline in how one assesses faith communities worldwide. I am aware that each and every faith or religion is based on strictures or dogmas that aren't necessarily complementary and that genuine differences do exist. However, this is not the place to discuss those differences and perhaps it requires another essay altogether.

What I believe that this guideline should help us do is to make us study each and every philosophy and/or religion in detail before any conclusions can be drawn. Instead of rubbishing every member of the faith community as regressive because of outlandish claims made, it's better to study claims and evaluate them in the light of their dogma and scriptures. And then, make further evaluation based on historical and textual contexts to see if the crazy talk is 'scripturally' based or just plain ranting from a religious nutcase.

And yes, this is relevant not only for those who are irreligious but also for those who are in the faith community and end up making wrong conclusions about people from other religions. It's important to study what people believe and then see if their language and actions match their doctrine, and if not, call it for what it is - an error!

However, these are not easy times and am aware no one is going to bother going through the trouble of studying doctrine. And am aware that there will be people who will continue to rely on their preconceived notions no matter what, but there's nothing we can do about those who remain obstinate in their positions.

I do feel that St Paul has possibly one of the best responses to religious pride and arrogance. His words written in a letter to a church in Corinth that was full of people who didn't walk the talk highlights what is - by and large - the most important benchmark to evaluate holiness, piety and spirituality:

Love is patient, love is kind. It does not envy, it does not boast, it is not proud. It does not dishonour others, it is not self-seeking, it is not easily angered, it keeps no record of wrongs. Love does not delight in evil but rejoices with the truth.  It always protects, always trusts, always hopes, always perseveres.