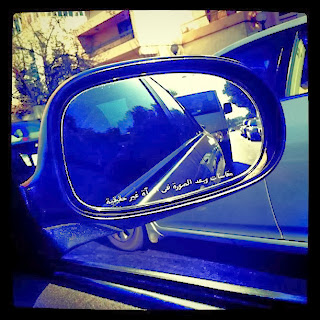 We have already reached the end of 2013 and are staring into all the possibilities that 2014 has to offer.

And for most of us, it's a bit of  surprise that this day has come so soon and so fast. Of course, that's not really true since - as is customary with 'years' - it had to undergo the entire cycle of 365 day, 52 weeks and 12 months.

And yet - quite strangely - it does seem like the year has gone by very fast. I remember saying something on similar lines last year when we were saying goodbye to 2012 but must admit that 2013 certainly went on a stampede.

Some say it is to do with one's age - the older we grow the busier we get and time passes in a whirl, as it were. While still others say it has something to do with the busy lives we lead that leaves us little or no time to pause, and hence, we barely notice the year passing by. And then there are those who feel it has something to do with the earth's rotation picking up speed and hence we feel the year going so fast.

Alright. I just made the last thing up because I thought it was getting too serious.

Anyway, whatever be the reason, the truth of the matter is... we have just seen one entire year pass by with the blink of an eye, and who knows, the next year will be just like that... or maybe faster.

The question is, what are we going to say about the year when we are in December 2014? Are we going to breathe a sigh of relief that another horrible year has gone by? Or are we going to pant with the excitement of an athlete who just won a marathon? Or are we simply going to shake our heads and say, another spectacularly boring year in which nothing happened.

Well, we dont know what the new year holds but we do know it's right there in the corner. It would be easy to imagine it's not there but we can't. We have to accept whatever comes our way and make the best of what the year brings.

All we can do is trust God in knowing He is there no matter what the circumstances, and do our best in fulfilling our role in the drama of life. And maybe do that with as much sincerity and generosity as possible so that if we die and meet our maker, He'd look at us and say, 'well done, my good and faithful servant...'