It has been quite a while since I've put my blog to some serious use. Not that I didn't have anything to say or that I had lost my urge to speak about things. Far from it. So much has been going on. So much is happening that needs to be written about, argued over, discussed but then life has a way of intervening and messing things about.

And so what should be written becomes another empty page: unsaid, unsung and left to vaporise like water splashed on asphalt on a hot summers day. 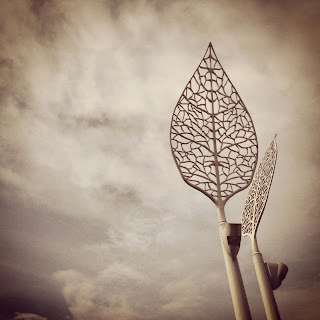 I guess my excuse is time: too little of it to spend on things I want to, and too much of it spent on things that I have to. Being as elusive as a summer breeze, time disappears soon enough and before we know it there's an incredible backlog of all the things we should have done but didn't.

Of course, you'll agree that this is applicable not just to things like writing a blog but to life in general.

Life is filled with so many of these unfinished tasks that we begin with great passion and enthusiasm but then somewhere along the way something complex and inexplicable happens and our drive sputters to a halt. Or just loses steam as if some unseen force decides that too much enthusiasm is not a good thing.

However, when one looks back at one's life and examines all that has transpired, then, it is often 'moments' and not 'tasks' that produce a twinge of regret. The thing about tasks is that one can pick them up again from where one has left. An unfinished novel just needs to be written. A musical instrument that one started to learn simply needs a time slot for the lessons to be continued. A diet regime can be started again with patience and determination just like what one would do with exercising in the gym.

The same does not apply to moments that have disappeared. Love unexpressed at the right time is gone forever. Helpful deed not done when needed loses its effectiveness when one does the same thing at a later date. Justification or clarification not given at the moment when asked becomes meaningless when delivered much later. Little or no effort made in bringing reconciliation in a damaged friendship runs the risk of ruining the relationship forever

I am sure many of us can think of many more such unfinished 'tasks' and unfinished 'moments'.  In a strange and twisted way, our life is incomplete without them, and yet, our lives are filled with them. They gives our lives its shape and its contours. And in many ways, influences the journey our character undertakes in acquiring its depth and gravitas.

Regret is a natural response to such 'unfinished' situations but I wonder if its helpful. The alternative would, of course, be to look at these situations not as tragic ruptures but as potentials for growth -- not seeing the unfinished as the end of everything but as a chance to begin again with fresh energy and unbridled enthusiasm. Or in other words, to complete them again with wisdom acquired in the intervening years.

Question is, will we do what we must or look for another excuse for not doing anything?