The ability of light to dispel darkness is, perhaps, one of those powerful metaphors that suffers from being overused.

The imagery is just right to make a point: a tiny flicker of a candle devouring darkness by its mere glow and revealing what was once hidden. 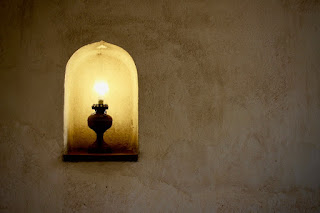 However, what happens with such overused metaphors is that one loses sight of its significance and it becomes nothing more than a tired cliche.

But it doesn't in any way alter the truth behind what the imagery suggests.

Like serendipity, it becomes a moment of discovery, of new insights suddenly becoming more relevant, of ideas moving away from theoretical notions into something real and tangible.

The Christmas story is also about light entering the world, to bring hope to a people perplexed by their inner darkness, and to reveal that hamartia need no longer be the defining feature of humanity.

The people walking in darkness have seen a great light; on those living in the land of deep darkness a light has dawned.

The words of prophet Isaiah written a few centuries before the birth of Christ gives a sense of the Messiah's mission.

The words bring a sense of comfort and a sense of belonging especially in knowing that the divine light is not remote or beyond our reach but has chosen to inhabit our soul provided we allow Him to.

However, Christ also said 'let your light shine that people may see your good works...'

Hence, being a repository of light can also be a challenge because one is not expected to glow for oneself but to reflect God's goodness in our world.

There's so much of darkness in the world - the gap between the rich and the poor is increasing, healthcare is not accessible to everyone, the language of violence appears to define political discourse, hunger and lack of education has reduced some people groups into abject poverty, and in some countries corruption appears to be the 'normal' state of affairs for all business transactions.

This is just the tip of the iceberg but the challenge remains - what are we doing about it? Will we bring our light into these areas of darkness? Will we reveal the evil for what it really is or remain silent? Or will we follow the example of the cross by pursuing truth and righteousness no matter the cost?

And that's the challenge.