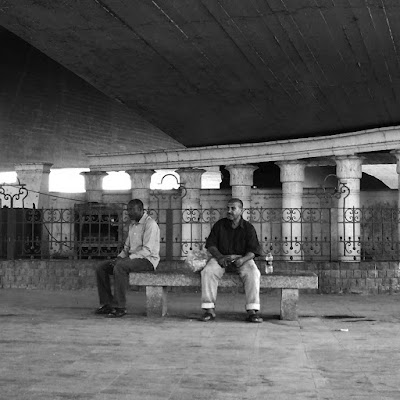 We are supposed to be social animals, gregarious entities who find pleasure in the company of one another.

We were created that way, too.

Our entire being is meant to belong and not stay in isolation. Not as islands cast adrift in an ocean of apathy but as as an archipelago that finds its identity in being recognised as part of something bigger than itself.

However, loneliness is a reality for many people in this day and age. To them being part of the collective is a desirable reality that does not correspond with the painful reality they experience day in and day out.

Our modern lifestyle hasn't helped matters much either. The human touch is often the most neglected component in most communications, and technology has made it possible to engage without actually being in touch.

In such a scenario, the unconnected individual loses his or her bearing and finds it impossible to find connections.

And now left to the individual, the same process becomes a tiresome journey involving many pitfalls of pain, frustration and disappointment.

It just isn't the same to do it all by yourself when once it took a village to accomplish everything.

This spectre of loneliness is so pervasive that it is often reflected in songs and in much of our art and films. There is a sense that being alone and lonely is the state of every man and woman in the 21st Century, and that everyone must deal with it as best as one can.

Trouble is, not many can - or want to - deal with it. They see their loneliness as an aberration and not as something typical of this day and age.

Christmas is a time when their loneliness becomes even more acute. This is so because the overall emphasis on families and loved ones getting together for a Christmas meal is a rude reminder of what their life truly lacks.

In such a context, it would be necessary to reflect on the first Christmas that announced the birth of Immanuel - God with us. This idea of God being near and not far away or remote from the pressures of modern life is a comforting and soul strengthening thought.

But while we do so, it would be equally helpful to remember what the Apostle John wrote about Christ - He came to that which was his own but his own received him not.

In other words, sharing not just our humanity but also the loneliness we experience after being rejected.