The Mystery of Father Christmas 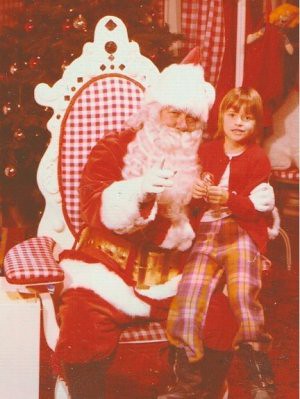 "Santa Claus" by Natashenka is licensed under CC BY-NC-ND 2.0

Now I see the point behind this opposition since we see Santa Claus dashing through the malls and restaurants and clubs and schools and everywhere. He has become the most recognised symbol of the season and somehow there are those who seem to have more awareness of Santa Claus than the gospel account of the Christmas story.

On one hand it is understandable why this is the case since Christmas is celebrated not only by Christians alone but by others who don't share the same faith. Hence, it goes without saying that they would be adding elements that may not be familiar to those reared on the gospel account alone.

But there's also a slight problem here because Santa Claus was also inspired by the story of St Nicholas, a Christian monk based in modern day Turkey who was known for his generosity. It is also true that the modern Santa Claus had his origin in a Coca Cola campaign due to which the red and white became such prominent colours for the jolly old man.

Now the dilemma for some would be as to which of Father Christmas would you choose - St Nicholas of Turkey or Santa Claus of Coca Cola fame?

My take on this is very simple. We don't make a big deal out of it at all.

Now this doesn't mean we deny the gospel account but rather we embrace it fully and while doing so bring in all that is good and cheerful and merry about Father Christmas, Santa Claus or whatever you may want to call. We don't make him the centrepiece but rather just as a supporting cast in helping us understand what Christmas truly is.

Maybe there was a time when I would be more orthodox on the subject but my parents' passing this year has made me somewhat nostalgic about Christmases past and thus am seeing Santa Claus in an entirely different light.

As a child, my dad would often leave a present under the Christmas tree and I would get to see it early in the morning or right after we come home after the midnight Christmas eve service. I would be so thrilled to receive this present from "Christmas Father" and would wonder how on earth did he manage to sneak into Manama with his reindeers and sleigh. I always made a note that next year I would stay awake and be alert but next year I would forget and the cycle would continue.

Now my parents made it a point to teach me about Christ's birth and I was fully aware that Santa Claus was not the main hero of this season. I'm emphasizing this point because I know there are many who feel there cannot be a middle ground here. What I feel is that what my parents did offered a clue as to how one could mix the two without diluting the 'reason for the season.'

The other reason I am saying this is because children are bound to figure out one day or the other that Santa Claus doesn't exist. I found out at some point of time that it was my dad who was leaving those presents and not some old man on a reindeer without a flying permit. It is part of growing up that children eventually let go of things like Santa Claus and tooth fairies. It happens one day or the other but the point is what happens when that day comes... what does it leave behind as residue and how do children look back at all these memories.

Now that my dad is no more and Christmas is here, my thoughts are going back to those days when I - as a child - was thrilled to receive gifts from 'Father Christmas.'  What I remember now and will cherish the most is how my parents made it a point to surprise me with gifts on Christmas. Today it makes the memory bittersweet because of their absence and poignant, too, since I unable to thank them for making Christmas morning so special.

At the end of the day, Santa Claus or Father Christmas is merely an idea. It is all about making beautiful memories for our children, and making those memories last a lifetime. Fact that there would be a surprise element in giving and receiving a gift can provide a learning opportunity since we don't claim to be the gift giver and hence we learn that sometimes it is OK not to claim credit for our gift giving if it involves watching our children squeal with delight.

Imagine the same sort of gift giving to someone else and we stay back and don't reveal that we are the ones who gave that generous gift.

I read somewhere that people rarely remember what we tell them but they will always recall how they felt. Looking back at my parents' love for me and my brothers, I may not remember each and every word of theirs but I do remember how joyful, secure and thrilled I have felt with the way they raised us, took care of us, loved us, and yes, surprised us now and then with these Father Christmas gifts.

So for those parents not sure what to do this Christmas eve, I would say go ahead and place that gift under the tree and watch them go berserk with joy. Christ will always be the reason for the season and that won't change but as your children outgrow Santa Claus they will remember how their parents gave them gifts but more than that... they will remember how their parents went out of their way to bring joy to their hearts.

After all, Christmas celebrations are all about memories, and so let's make it a point to turn them into pleasant memories. 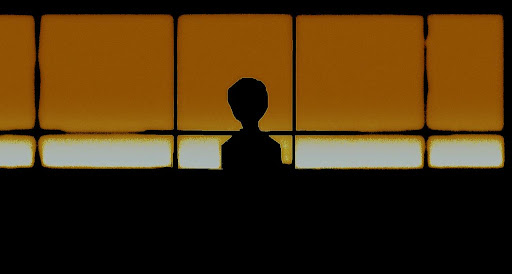 The Paradise of 'what-if'