Anatomy of an assault 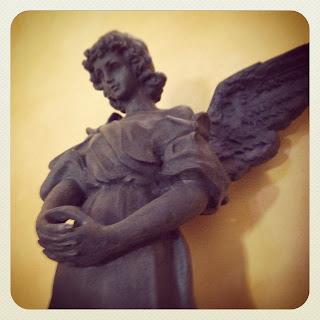 These are not the best of times to be a single, straight Indian guy.

We've been getting a lot of bad press these days and certainly not for any good reason. Somehow there's just excessive news of how Indian men have attacked women, sexually assaulted them or conspired with the authorities in whitewashing their misdeeds.

Somehow it's made out that we are such incorrigible entities that we can't be trusted and so the government in its usual high handed manner feels that the best possible remedy is to censor what we see - assuming that blocking access to titillation will miraculously free us from the urge to do something terrible.

Then there are the moral watchdogs in society who feel that separating us from women altogether will nip things in the bud, and women will be safer by not having 'us' around.

And as if not to be left behind, there are the gurus of political correctness who fall back on semantics to address the issue.

Of course, it can't be denied that most of these remedies (for want of a better word) have worked in some way or the other in highlighting the problem but they've only offered short term solutions - like band-aid over gangrene. The real issues still remain untouched because.... frankly I wish I knew why!!!

But then again, when you read news of young women and even five-year-olds being brutally raped with their private parts violated.... it doesn't take a genius to figure out that this is not about sex alone, it's not about the gender issue alone, and it's not about the inequality of the sexes that have caused this horrible mayhem in supposedly 'modern' societies.

It's true that - outwardly, at least - the action does suggest sexual hunger may have played a part and that the motivation was partly driven by the assumption that they are 'men' and they can do anything they want with a 'woman' they want.

But let's get one thing clear lest we throw the baby with the bathwater - sexual desire does not lead to assault because that's not how desire and longing works. I am not even going to say that this is not how it works amongst 'normal' people because that would give the impression that there are two distinct ways to express desire and would give credence to all that the moral watchdogs have to say.

Let's be clear about one thing though. Sexual desire and longing do not lead to private parts being mercilessly violated but instead they lead to music, flowers, chocolates, candlelit dinners, long walks, sentimental mush that drives strong men weak in their knees, and a promise of a lifetime of fidelity, love and loyalty.

Sexual desire in its proper framework would naturally lead to men wanting to love, care, protect and respect their women. Yes, it often - and should obviously - lead to marriage or a lifetime of commitment. There has to be a sense of responsibility so that the woman realises that she is cherished for the person she is and not just enjoyed for the body she has.

Somehow this lack of respect has also led to lack of civility in society and a breakdown of communication not just between genders but also between everyone.

To put it more bluntly, this absence of respect has created violent monsters who speak the language of assault to show who's the boss. They aren't interested in gently navigating the complexities of sexual dynamics or propping up their best side when they see a woman they like.

All they want to do is attack who they see as a weak person so that their supremacy (for want of a better word) is maintained.

Let's not bring sex or gender issues into the discussion or even insist this is only a very "Indian" or an "Asian" problem. Doing so would not only be a racist generalisation but also simplifying matters when we shouldn't. All we end up doing is perpetuating the myth that any single "Indian" or "Asian" man who likes a woman is capable of such horrors.

Commoditising women and treating them as objects for consumption and violation is a global phenomenon. And obviously, it leads to behaviour that somehow validates these assumptions.

If we are serious about confronting the issue, it's vital that rape and other forms of sexual assault be treated in the same way we react to other forms of physical torture.

It's not about sex and certainly not about issues related to men and women but about violent individuals who use the most grotesque form of torture to attack another helpless individual.

And I - like many other single men I know - are totally disgusted by what these individuals seem to do.

Raj said…
Ashish, so very true, and it is an unfortunate degeneration of moral values, and society in general that we are heading off into one abyss after another.

Society probably will manage to hold itself from complete oblitertaion, as there will always be a set of people who value life much more than the people who are set to destroy it.

Of course, the challenge will be to maitain this ratio.
1:45 pm

Unknown said…
The phrase "Band-aid over gangrene" says it all when it comes to the actions being taken and the solutions being proffered.

Glad you're back to writing, and with your usual objectivity and clarity.

My name is Leah Brown, I'm a happy woman today? I told myself that any loan lender that could change my life and that of my family after having been scammed separately by these online loan lenders, I will refer to anyone who is looking for loan for them. It gave me and my family happiness, although at first I had a hard time trusting him because of my experiences with past loan lenders, I needed a loan of $300,000.00 to start my life everywhere as single mother with 2 children, I met this honest and God fearing online loan lender Gain Credit Loan who helped me with a $300,000.00 loan, working with a loan company Good reputation. If you are in need of a loan and you are 100% sure of paying the loan please contact (gaincreditloan1@gmail.com)
11:48 pm